Building a Biotech Ecosystem in Buffalo 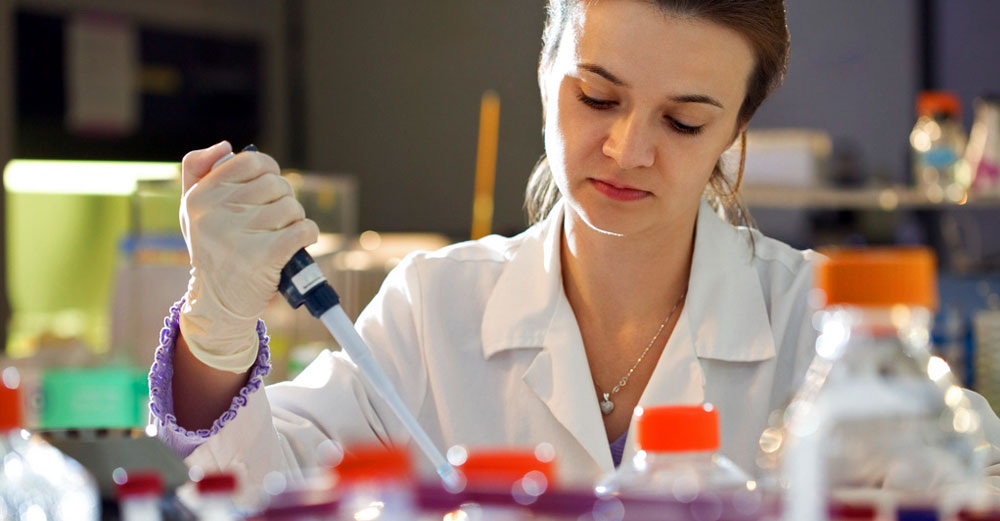 The last thing anyone wants when there’s an infectious disease going around is a bunch of people clustered together, sharing.

Unless those people are there to beat the disease.

Zeptometrix is adding nearly 20 jobs to its facilities at and near the University at Buffalo, as part of the state’s START-UP NY program to help businesses grow through partnerships with university and college campuses. “This has been home for many years,” said Dr. Karuna Sharma, the company’s Chief Scientific Officer. Two of her four degrees are from UB, and the expansion just makes her home more attractive. Zeptometrix plans to add more jobs without state or university assistance, an extra benefit of the program. “This is what’s up and coming about Buffalo.” What’s unique about the START-UP NY involvement is that Zeptometrix isn’t a start-up company – it was founded in 1999 as a re-visioning of an earlier company and now operates two bio-safety Level III laboratories in Buffalo.

Zeptometrix uses chemicals and/or enzymes to treat the exterior of a virus so it cannot bind with host cells – it can’t infect them, rendering the virus functionally inactive, Sharma said. “Because we don’t treat the inside of the virus, the genome remains intact.” That means it’s safer than untreated viruses yet still viable for research, requiring easier, less burdensome, safety protocols. “You can use our material to run (tests) in a safe manner. It’s the next best thing to the organism itself,” she said. And when one is studying dangerous and potentially lethal viruses like HIV, measles and Zika, safer is better. 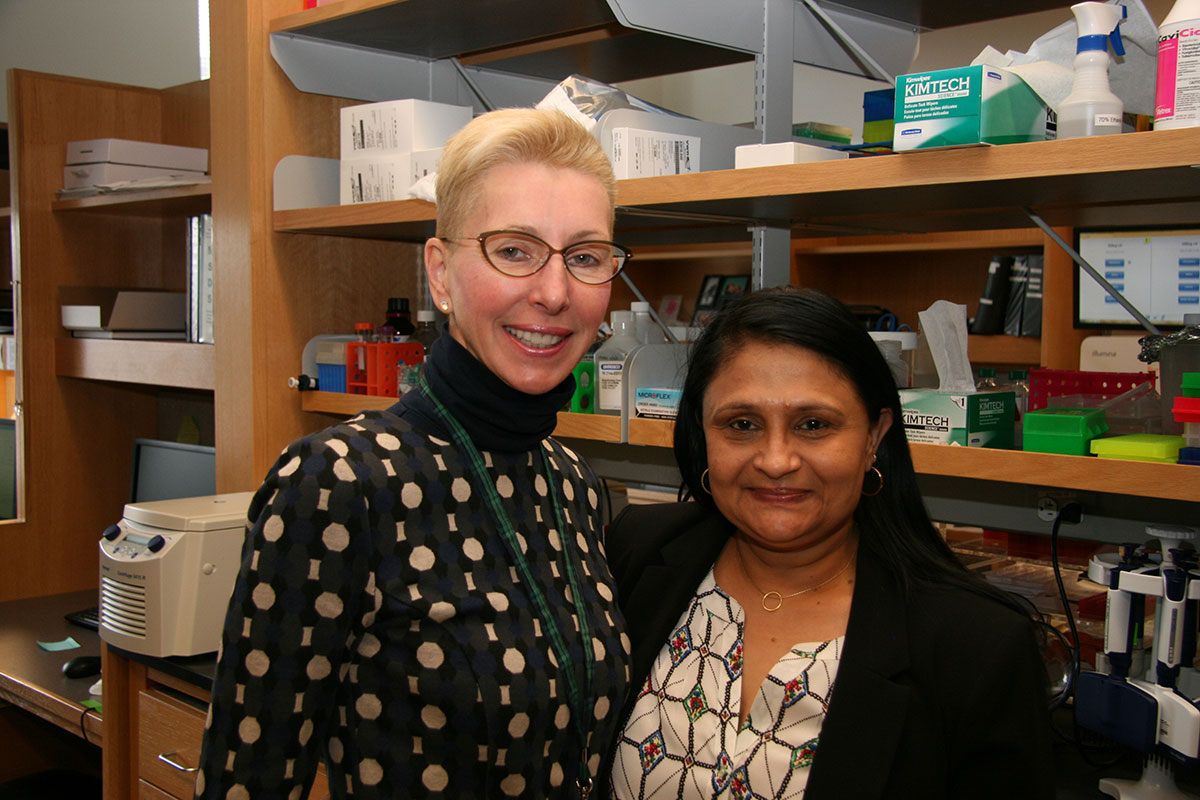 Drs Sharma and Utz pose for the camera in their office.

The combination clusters a number of companies and research efforts like Zeptometrix, and START-UP NY is an additional tool to keep them together, said Dr. Norma Nowak, executive director of the Center of Excellence and a biochemistry professor at Buffalo. “We have instrumentation, we have experts, and we have space,” Nowak said. That helps the companies, sure, and it helps the regional economy. But it helps the university, too. Because the companies they support hire the graduates the university produces.

“There’s nothing more that the university likes to see than when they leave, they have a job,” Nowak said. Clustering allows the companies to trade notes, sometimes at the cafe in the lobby, maybe just over a quick stroll down a hall or a lunch nearby. It lets them create an industry cluster that requires similar skills – quality assurance, testing methodology – and similar equipment that can be shared. It’s a bit more circumspect than asking to borrow a cup of measles, but the idea is to create a biotechnology neighborhood. “What we’re trying to do here is build the ecosystem” Nowak said. “I live my life to get the science out of the lab.”

START-UP NY helps Nowak do that, as much as it helps Sharma grow a company. The state program lets supported companies operate for 10 years, essentially tax-free. That’s not just for the company, but no state income taxes for its eligible employees, too. “That was a key factor in Zeptometrix adding to the dozens of taxpaying jobs it has in Buffalo,” Utz said. They could have just as easily have gone to its 40-person facility in Franklin, Massachusetts. In fact, their forecast of 19 net new START-UP NY jobs at 847 Main St. come with additional non-STARTUP NY jobs also in Buffalo.

The benefits of the program go beyond jobs. Zeptometrix isn’t the only Buffalo company in the diagnostics industry. Disease Diagnostics Group, which is developing a device to detect malaria in a blood sample, is nearby. So is Immco Diagnostics, Aesku and others both directly and indirectly related to biotechnology. The program helps Zeptometrix, but it supports the larger industrial infrastructure that keeps the other companies competitive, Nowak said. “It’s really just having that synergy,” Nowak said. “That’s my job to foster, to get that expertise out of the ivory tower.”

Out of the Tower, Into the Tropics

And in Zeptometrix’s case, getting out of the lab means getting into your life. “Right now, the attention is on what you would call tropical viruses,” Sharma said. The list gets longer and less-pronounceable all the time: Lyme disease, West Nile disease, Chagas, dengue, chikungunya. Zika is easy to pronounce, but the microencaphaly it causes in babies is devastating to a family.

It’s largely symptomless, and passed both by mosquitoes bites and sexual contact, making its transmission difficult to control. In fact, it’s now mosquito-borne in the United States, making its spread all the more likely. A vaccine would be most useful, and Zeptometrix stocks supplies of Zika among its hundreds of samples that are safer for researchers. Buffalo is hardly known for its tropical weather, but it may soon be known for its attack on tropical diseases. “Nothing is tropical anymore,” Sharma said.