A New Research Development May Help Us Improve Post-Surgical Outcomes 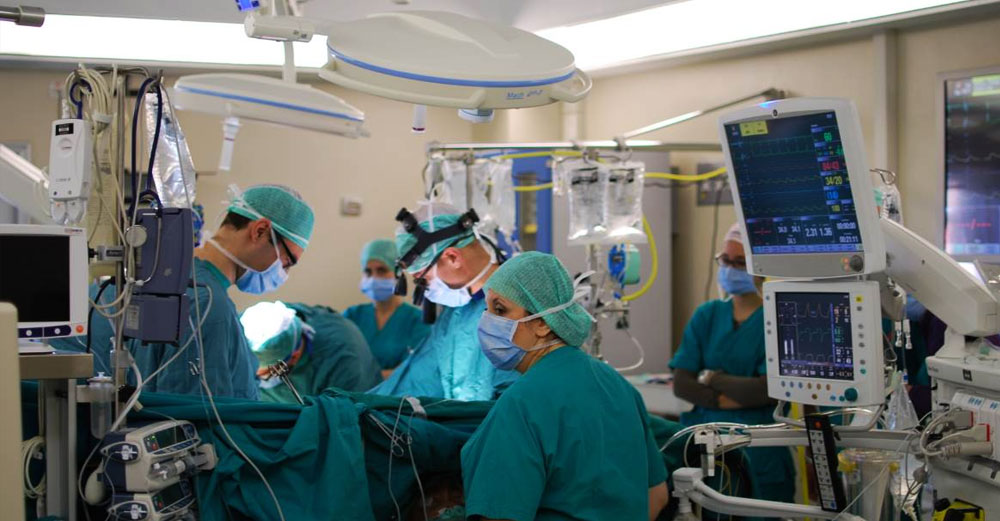 By January 2014, Nathaniel Cady and Eric Ledet had already developed a long-term partnership, collaborating on a series of projects that combined Cady’s strengths as a microbiologist and Ledet’s strengths as a biomedical engineer. They were in the process of submitting another application to the National Institutes of Health when they met electrical engineer Reena Dahle, who had come to Albany to give a seminar on radiofrequency (RF) energy harvesting.

“It was serendipitous that I went to seminar that day,” says Cady, an associate professor of nanoscience at SUNY Polytechnic Institute. “Reena was about halfway through her presentation when I started making the connections between the work she’d done and the project we were hoping to start. I followed up with her afterwards, and that’s what sealed the deal for me. So I told Eric, who visited Reena’s lab in New Paltz and called on the drive back to say, ‘We finally found the right person.’” 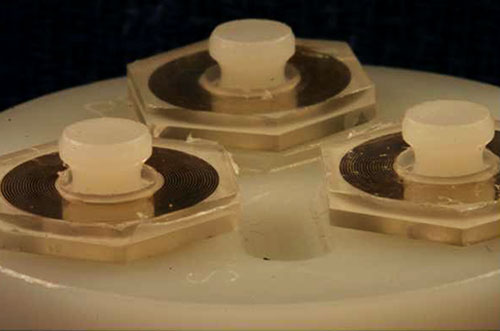 A newly designed sensor that will be part of a system that can detect and treat post-surgical infections.

“Dr. Ledet had designed a sensor and Dr. Cady had microfabricated it,” says Dahle, an assistant professor of engineering at SUNY New Paltz. “All they needed was an antenna to interrogate the sensor, power it, and read the information without using any batteries or wires. That was the missing piece. For me, having worked in a clean room for more than eight years, and with my background in RF, it was a very, very intriguing idea.”

Dahle joined the team, and three years later, they’ve made enormous progress toward building a system that can detect and treat post-surgical infections. The implantable sensor – which is about the size of a dime and is filled with antibiotic gel – is performing well in laboratory tests, swelling in the presence of bacteria and wirelessly relaying the information to an RF antenna an inch away. In the coming year, the last on their NIH grant, Cady, Dahle, and Ledet hope to keep increasing the antenna’s reading distance, improve the sensitivity of the sensor, and begin planning their next stage of working with animal models.

Their long-range goal is to develop a device that can fight surgical site infections (SSI), which account for nearly 20% of healthcare-associated infections and have been estimated to cost between $3.5- $10 billion dollars a year. SSIs are especially dangerous following orthopedic surgery, where bacteria compete with healthy cells to attach themselves to the new implants. With more than 2.5 million devices implanted every year, this new sensor technology has enormous potential to improve outcomes, reduce expenses for treatment, and decrease hospital readmissions.

As envisioned by Ledet, an associate professor of biomedical engineering at Rensselaer Polytechnic Institute, the device is fundamentally different from anything that’s come before it. Because the device only has three components, it’s very inexpensive to build. Because there are no batteries, no electronics, no telemetry, and no electrical connections, it’s extremely robust. And because the device is so small, it can easily be introduced into the body as part of an orthopedic implant.

“We think this will improve the potential outcome of any kind of surgical implant and any kind of surgery where something is placed inside the body,” says Cady, whose research focuses on the interface between biology and nanotechnology. “If you can monitor the surgical site and catch an infection early, you’ll have a much better chance of treating the infection before it becomes a major health problem, where you have to repeat the surgery or remove the device. It’s the kind of applied research I enjoy the most, where I get to see a direct outcome for my work.”

“I love that we’re using RF for biomedical applications, to reduce the impact of injury and improve quality of life,” says Dahle, who also works in materials engineering and electronic engineering. “This device has so many great applications to help prevent further damage, and it’s such a simple way to monitor the healing of injuries. The geometry can be adjusted to fit into many different kinds of implants and give a real-time reading of what’s actually happening. You take this sensor, implant it at a place you want to monitor, and just leave it there. You never have to think about it again. It’s simple. It’s cost-effective. It works really well. And who wouldn’t want to make the world a better place?”